Thanks to the growth of the JAMstack, developers are building performant and secure websites as quickly as ever. Content creators are benefitting from this renaissance too, but at the same time many authors are reaching the limitations of markdown as an authoring tool.

The good news is there’s now a better way: a new format called MDX that empowers content creators to embed dynamic components inside of their markdown.

At the 3rd edition of the JAMstack Paris meetup, I spoke about how developers can empower their creators with MDX. A big thanks to Nicolas Goutay and Matthieu Auger from Theodo for organizing the meetup and to Algolia for hosting us. 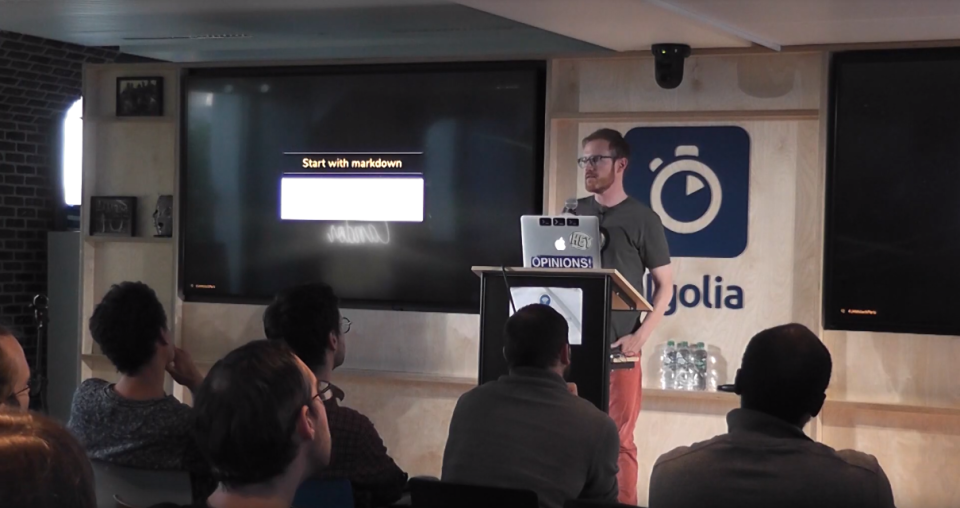 You can see the video here.

A few words about MDX

MDX is a relatively new file format that just hit v1 in April.

Here’s what an .mdx file looks like, using the example of embedding a question & answer poll inline with normal markdown content:

JSX syntax is tag-based like HTML, but the abstractions are higher-level, and developers can choose what JSX components to make available to authors.

Developers can (and should) design components in a way that makes them easier for even non-technical authors to use.

MDX holds a lot of early promise for making the JAMstack more authorable, a stated goal of the MDX creator:

“What I mean by authorable is that it’s a format that can be naturally written in by all members of a cross-functional team after some learning - from engineering to marketing.”
— MDX author John Otander

To learn more, check out the video, the slides and the presentation source code, which itself is written in MDX using an excellent slide-making open source project called MDX Deck.

Why Orbit is better than Funnel for developer relations

DevRel teams need tools and models created specifically for our discipline, and not just those adopted from other fields.

Mary Thengvall's book is a great way to learn how different DevRel programs approach a wide array of challenges.